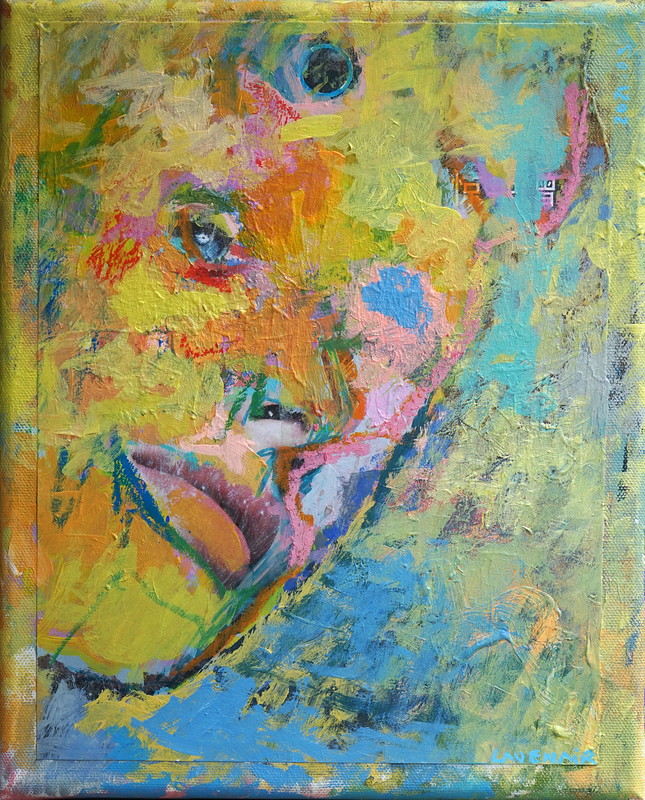 "Yellow Model in China"2021.09.acrylic and oil pastel on canvas

Christopher Lavenair grew up between Paris and London and the two cultures have both influenced his artwork.

After studying at Wimbledon College of Art - where his tutors included George Blacklock - he attracted the attention of the renowned Bettie Morton Gallery, where his first big show was held in London, in 2002.

Greatly inspired by the colour and light he experiences during his annual travels to the Mediterranean coast, he fills his palette with bight and warm hues which gush onto his canvases and materialize into audacious superpositions. Christopher's paintings embrace the free space and leave a vivid, dynamic gesture supported by his chosen mediums: paper, original photos, fashion magazine cutouts, fabrics, sketch books, installation and advertising panels.

Influenced by the Pop Art movement, he is seen as an Intellectual Expressionist, playing with abstraction, figuration and typography.